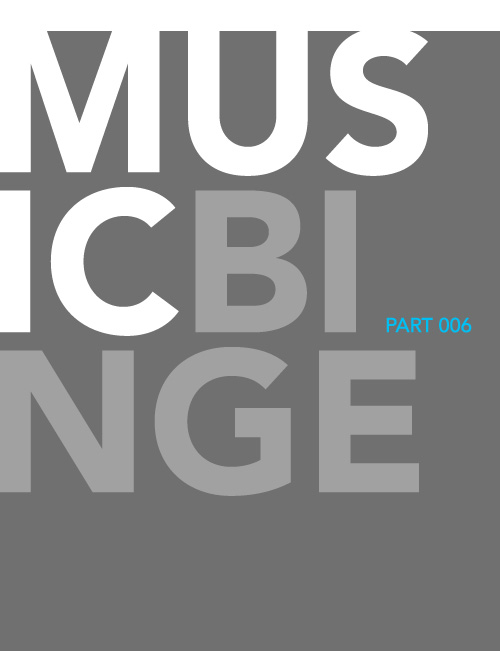 Here are a few tunes and groups I can’t stop listening to these days! Let’s make this my playlist for the past month!

Anything you’d like to make me to discover, seeing the genres of these all? :)

Have discovered quite a lot of new sounds this past month! May my playlist be your playlist.

Discovered a few new (for me) musical bands/tunes this week. Here we go! :) 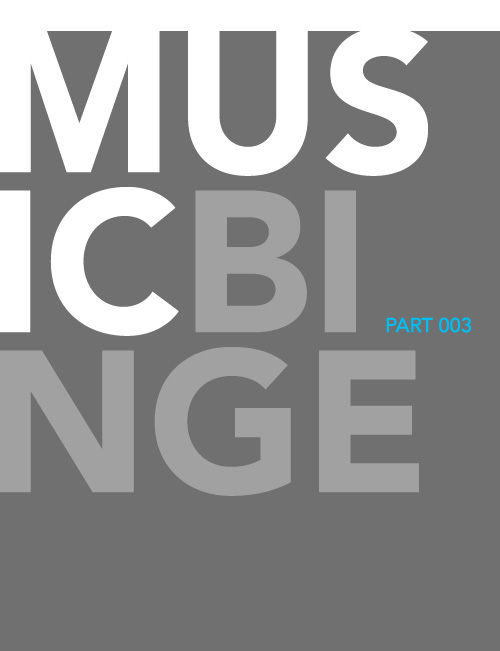 A big ol’ dose of older, a little sparkle of newer!

I got nothing to say really, except that I’m truly having fun with these little music posts!

Hopefully y’all have eclectic tastes too! :)

Recently, I did a post on my music discoveries of 2011, and it was pretty popular amongst you folks! So, I’m going to introduce a little bit of music selections once in a while on this blog, k? :)

And so this weekend, I totally went on a music binge. I don’t even remember how it started, but I ended up on YouTube clicking from one link to another and another and another, until in the end I had discovered 34 new bands/singers that I had no idea existed before. S-WEET!

Plus, there were a few extra discoveries in 2012 before that, via A Good Day For Airplay‘s #135 podcast.

So! This first “Music Binge” selection seems to gravitate towards… Well… A lil’ bit o’ everythin’. Hope you enjoy! :)

Weird thing: I was in a not-much-interest-in-discovering-new-music-slump for a few years. In 2011, this resumed, and I went crazy.

So, here are some tunes and artists I’ve discovered and loved over the past year (not necessarily new in 2011 stuff, just new to me anyway)! Some with stories some without. And hopefully you’ll gain a few new favorites, too! :)

My friend Paule kept listening to this band I didn’t know every time I went to her place. One day, I was like: WHATTTT ISSSS THATTTT? It was Mother Mother, a Canadian band without a doubt on the rise. I got hooked pretty quickly, enough to see them live twice in the past few months. For a girl who hasn’t seen many shows in her life, I’d say that’s pretty intense. :D

Sometimes I just like to pop a random word in YouTube and see what comes up. This is how I found out about “Choices” (from his 2nd album Solidarity Breaks), heard it, and I was hooked to his soulful voice and catchy jazzy tunes!

This dude from Norway is not only a cutie, but he is wickedly talented! I then proceeded to buy the mp3’s from his first album (Ceramik City Chronicles), but the 2nd album was no where to be found available in North America.

I scrambled for weeks and went as far as contacting Norwegian Etsy sellers (trying to get them to buy it for me and ship it my way…)! One of them, the lovely Inger, found me a Norwegian website that ships internationally, and so I bought the CD immediately (which has a different version of “Choices” than the one heard above). Ssssweet!

Found out about Bonobo thru the song “Days to Come” featuring Bajka (by the way, any song with Bajka in it is just sublime! See? See? See?), but then I got hooked on their lastest album Black Sands. Precious! Loving it all!

I’ve been looping (I admit it, I’m a looper. Even a single song looper.) their Down The Way album for a while now.  Never ever tired of it!

I have no other words other than: LOVE. Her 2nd album, Master of My Make Believe, is due in 2012! Hurray!

That Patrick local (Montreal) boy wooed me with “Wooden Arms”, and I got hooked with “Big Bird In A Small Cage“, both from the album Wooden Arms.

A friend introduced me to this band, and I’m very glad! It’s perfect for any day, anyone, and fits any mood!

I chose this song because it’s in French (and it’s awesome.), but most of their tunes are in English. A great little electro-punk-rock duo to discover! Oh, and make sure to listen to “Turn It Up“!

I heard her for the first time in a featuring with Kleerup (another great discovery) in the song “Until We Bleed“. Turns out the Swedish chick is wickedly talented, a real gem!

Her electronic sounds mixed with pop beats makes for a very entertaining listen! Her 2nd album, Anxiety, is due to come out in 2012! :)

This band is airy and dreamy. I find I work very well with these mysterious beats!

I have tendencies to like country sometimes, and altho Park’s music isn’t truly that genre, it plays with some of those vibes often, making me happy to listen.

I don’t remember who, but someone posted one of their song on Twitter, and I loved it instantly! So different and fun, a breath of fresh air! :)

A wonderful little band that will woo anyone, really! The self-titled album is truly an easy listen and an easy hook! I can honestly say I love each and every song.

Took me a few listens to love it, but I’m glad I stuck to it! It’s… unique. Haha!

This on is perfect for those that like the Angus and Julia Stone (talked about above) vibe. Acoustic slow beats, soft voice, meaningful words.

This Russian/Dutch/French girl clearly knows how to charm in Shakespeare’s native tongue. Her album101 is a light and fun listen, even true with a song titled “Blood On My Hands“. haha!

Something, I don’t even know what, is truly appealing to me in this duo’s sound. Often,  the lyrics (and videos) even make me laugh. Go figure!

You gotta try this one! You’ll be surprised of how awesome the album Outside is!

Girl power! lol! This band reminds me of some high school music I used to love, in an updated version. Some tunes are calm, some wake you up. The band is in hiatus right now, but 6 years of music still awaits you! Totally worth some listening time, people!

Ok, so this last one is far from being new, and not even a discovery for me. Let’s just say it was a re-discovery. Other oldies in my playlists include some Bill Withers and Nina Simone. I just could not pass them under silence. ;)

Creativadoration
Create a free website or blog at WordPress.com.